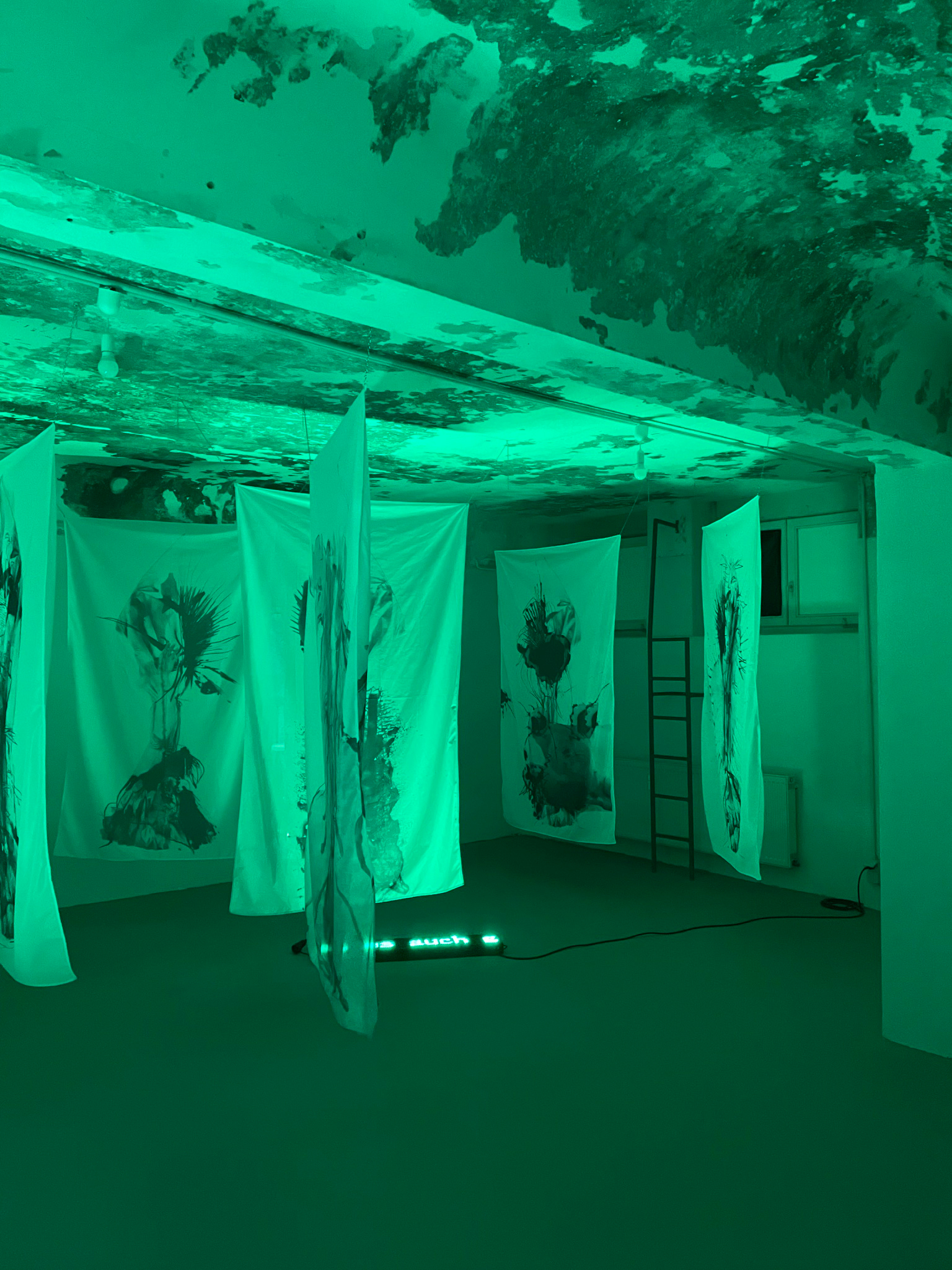 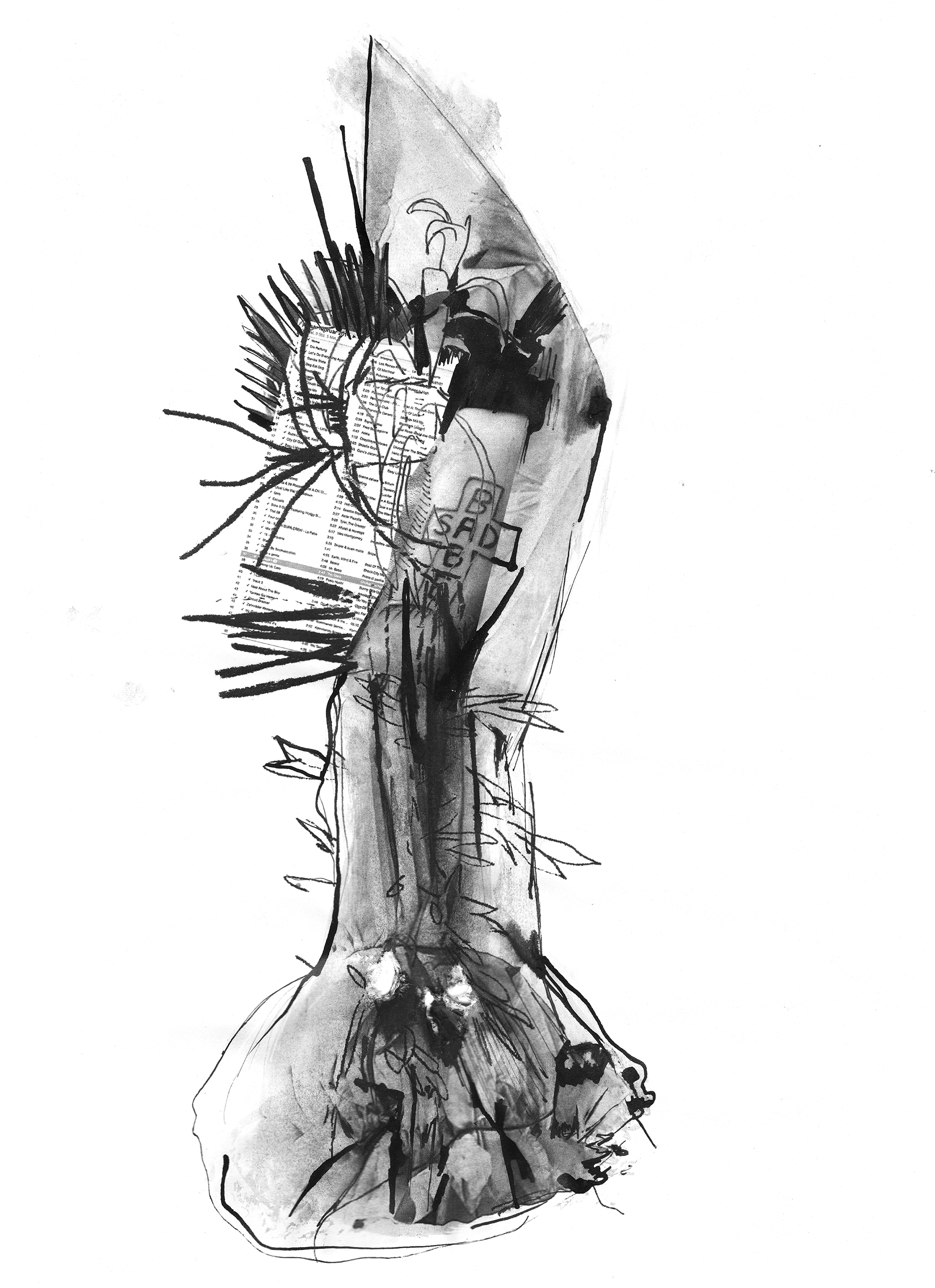 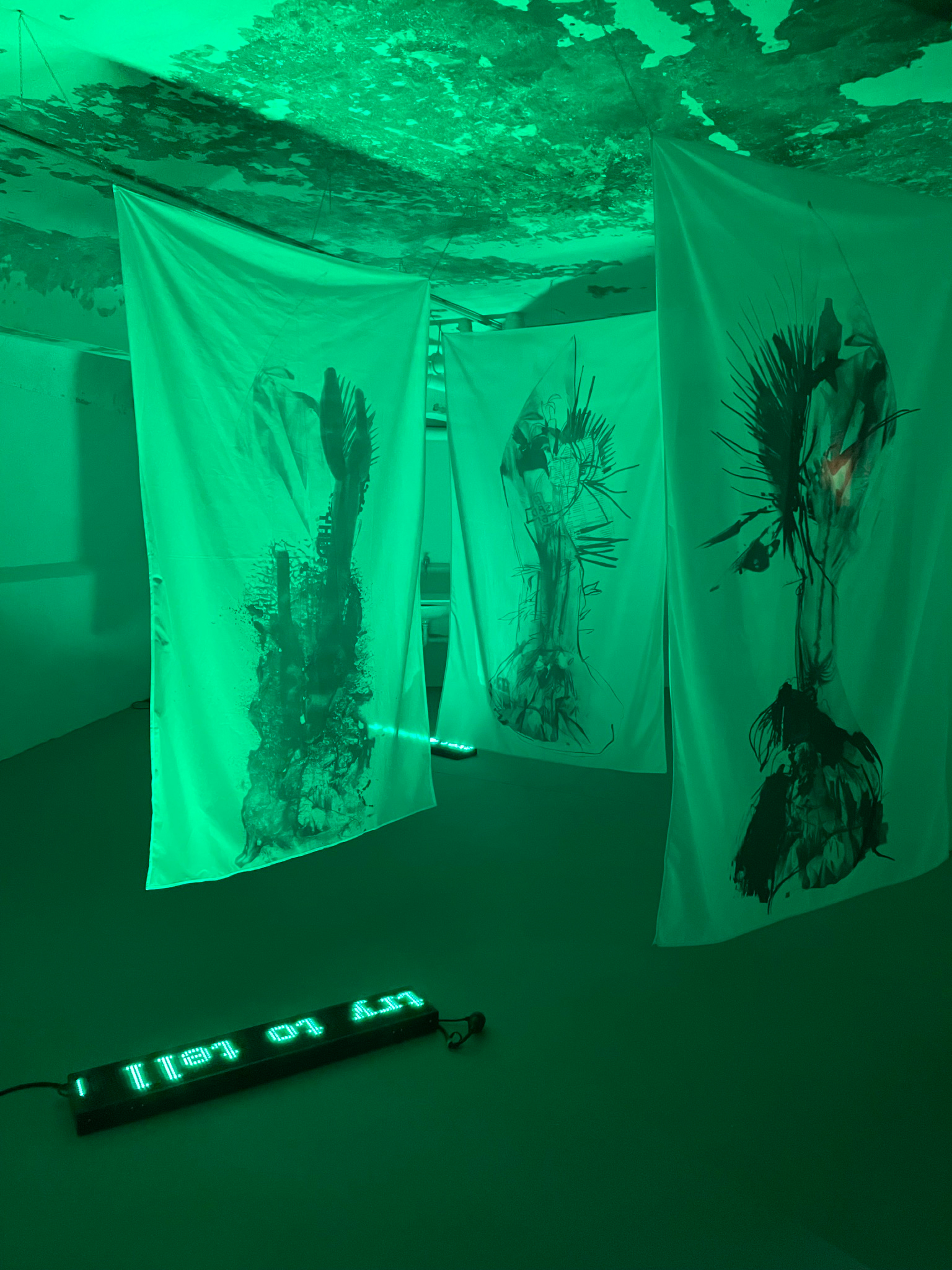 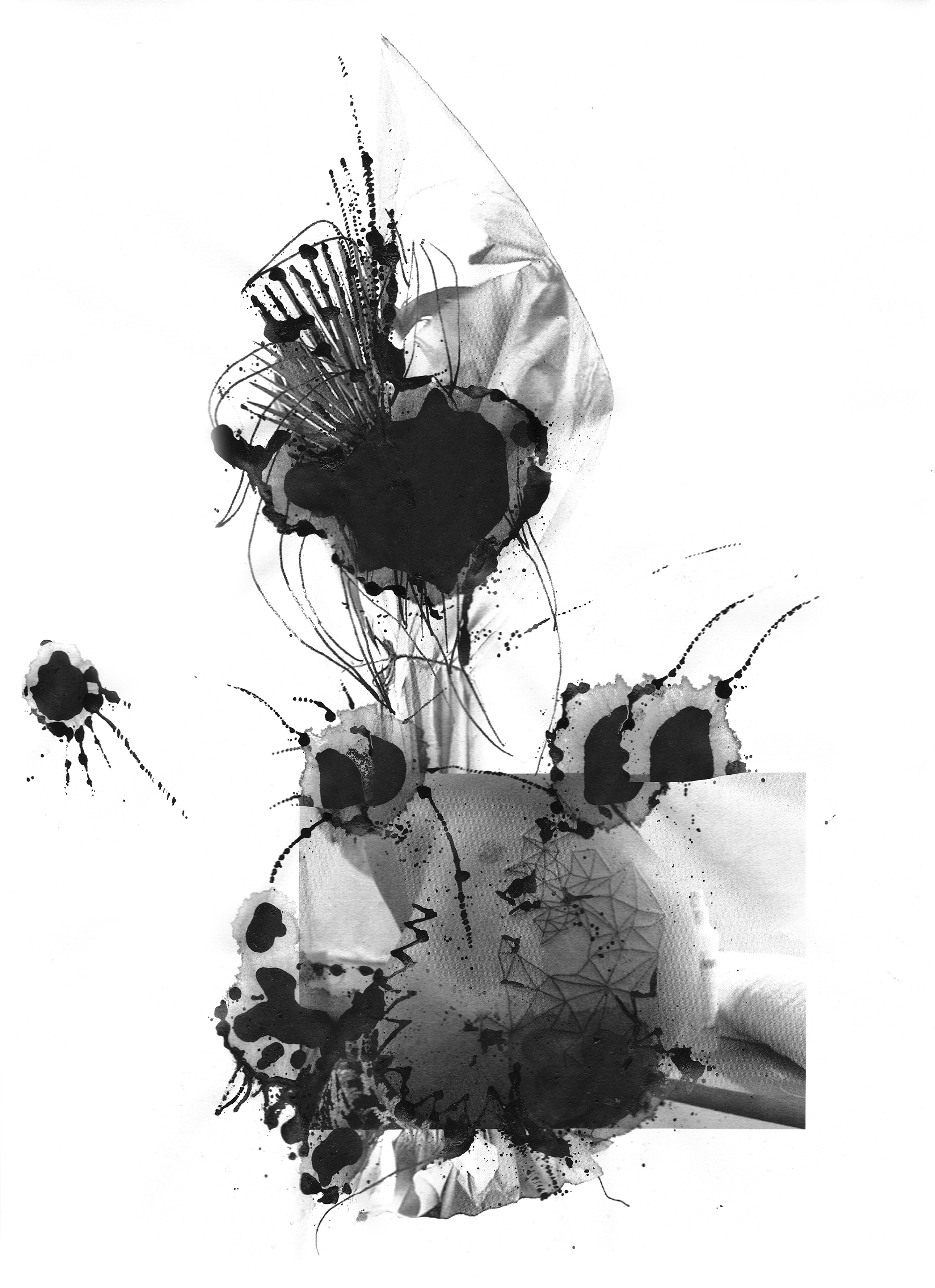 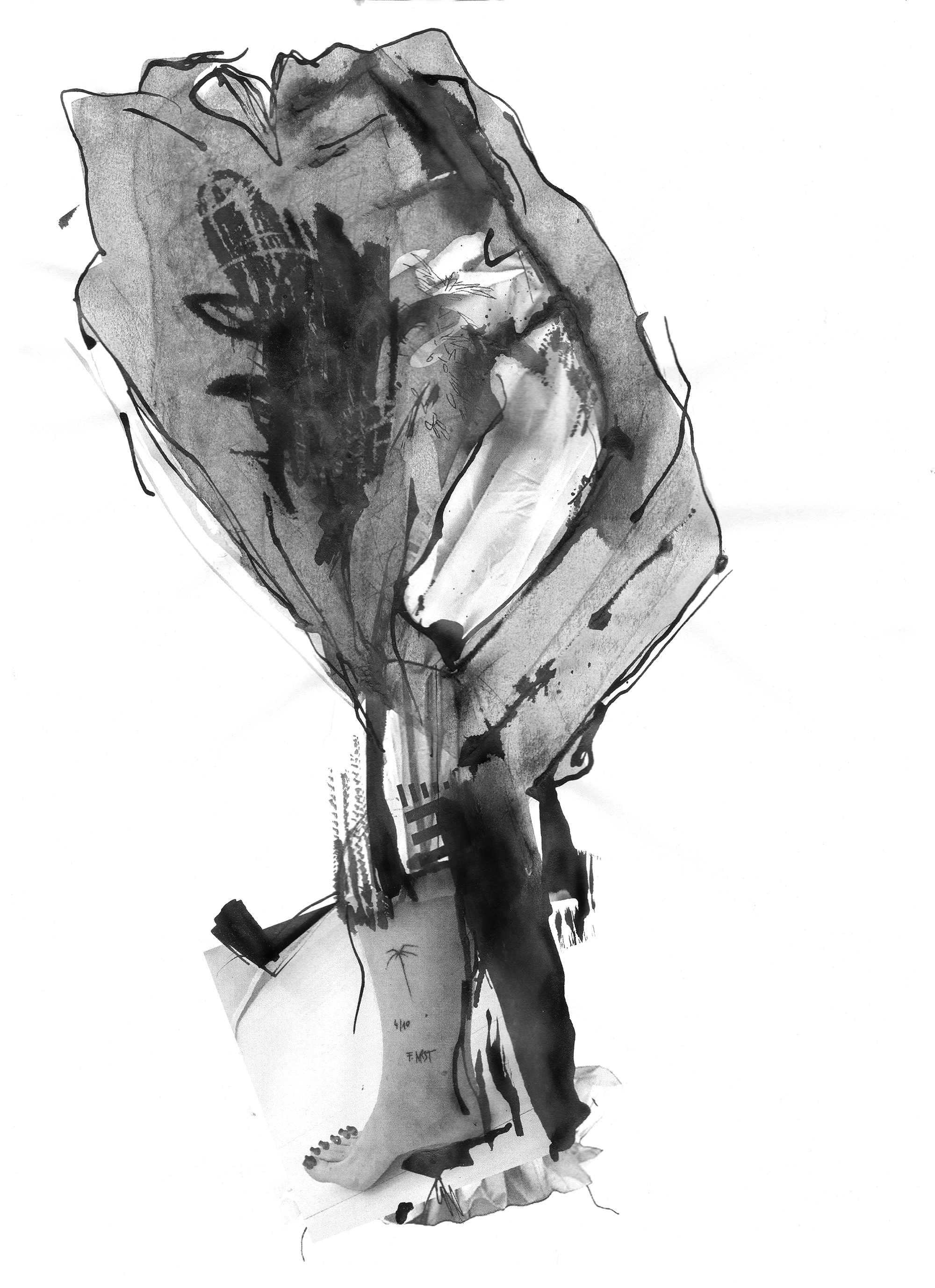 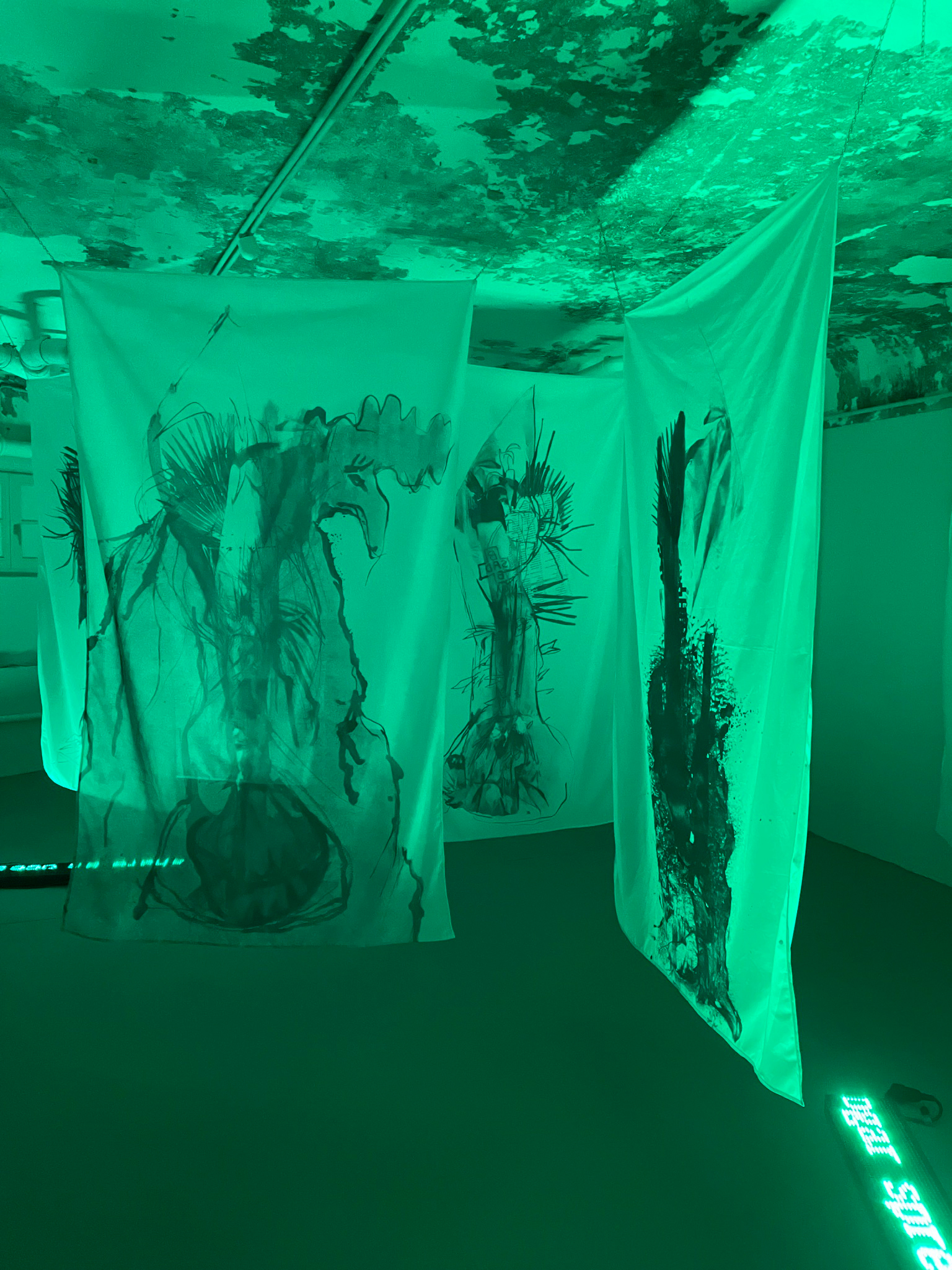 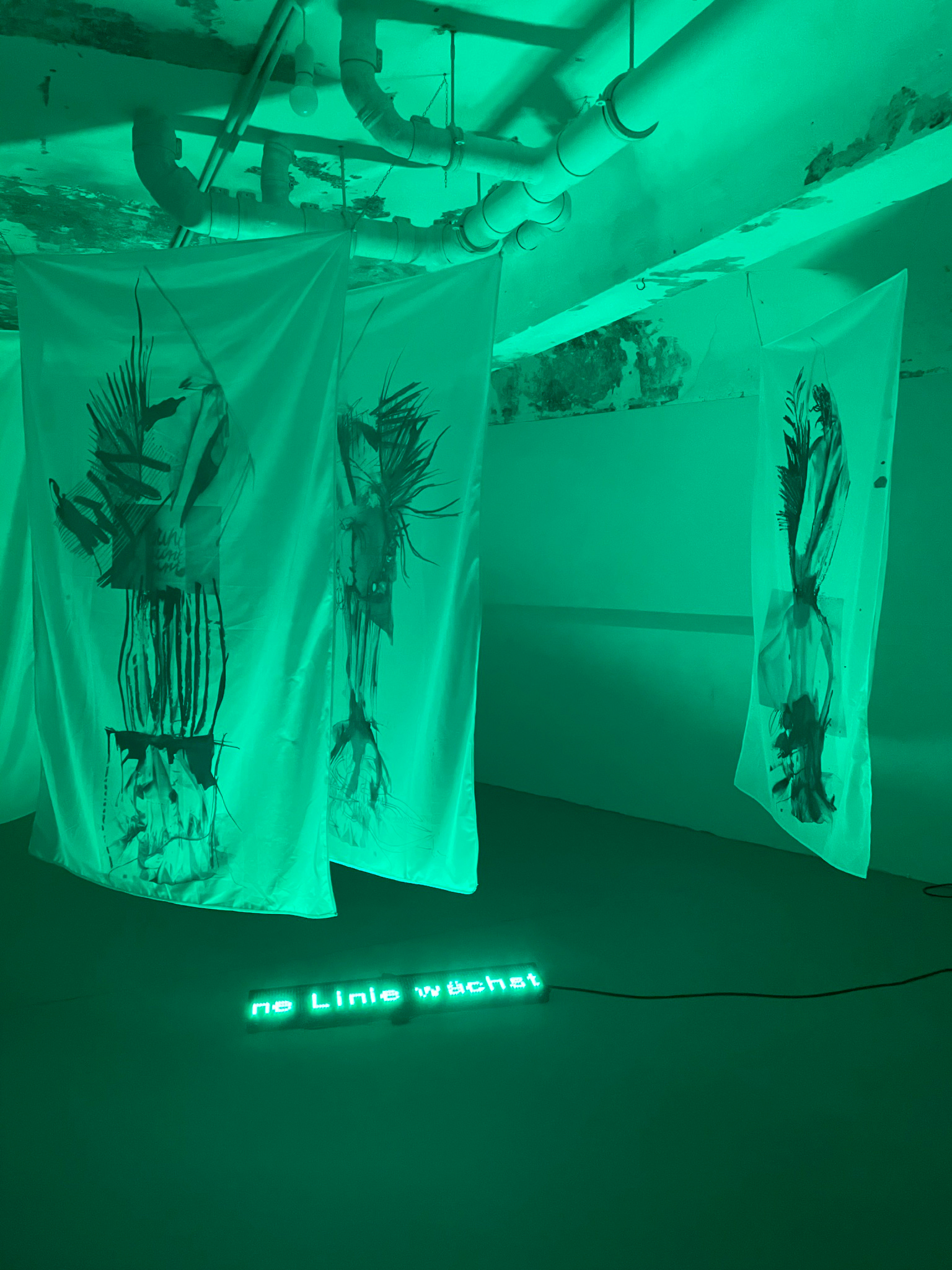 Based on her fascination with the cultural technique of tattooing, which is closely linked to the history of seafaring - and its romanticization - Franziska Nast translates domesticated, exotic houseplants found in selected locations into drawings.
Local (potted) plants that have been settled there to let a touch of exoticism waft through the ambience and to complement the native species.

The diasporic plant communities that have grown together wildly integrate themselves into the pulsating urban space that is growing all around them, and are intended to improve the quality of life, but they are also always looking for escape, because they have an inherent dream of distance and wild nature.
But what has the small potted plant brother of the ficus in common with the proud multi-stemmed tree many dozens of meters high that it actually is, or is the yucca in the pot with its brown tips still recognizable as a relative of the wildly proliferating and flowering subtropical bush.
Must the longing for the distant, exotic and wild always fail anew in its pitiful attempts to domesticate it in pots and in places foreign to the species?

Through various drawing techniques, including the tattooing of paper, motif collections are created. These serve as templates for tattooings on skin, which are partly executed at the places of discovery in the context of performative sessions.
Individual parts of the respective " performed rituals" have grown together into collages. They are interwoven into a network of various plant parts and unite to form large banner prints that overgrow the space in the Konsumverein, creating a kind of greenhouse, like a botanical indoor garden.

How do plants communicate, what can humans learn from them? What do they stand for, how do they accompany us, change the place where we live or work? Do they communicate with each other? What is the interaction in the plant-human partnership. Who influences whom? What levels of meaning and contradictions reveal themselves in the course of artistic exploration?

The floor is flooded by a text in green illuminated lettering, which in stream-of-conscionness-like manner hints at these questions, reflects on an encounter and remembers by taking up the lines of text from the song „Nights in White Satin“, sampled and expanded by own thoughts, which are literally written "between the lines".